The action comedy show that's fun for everyone! 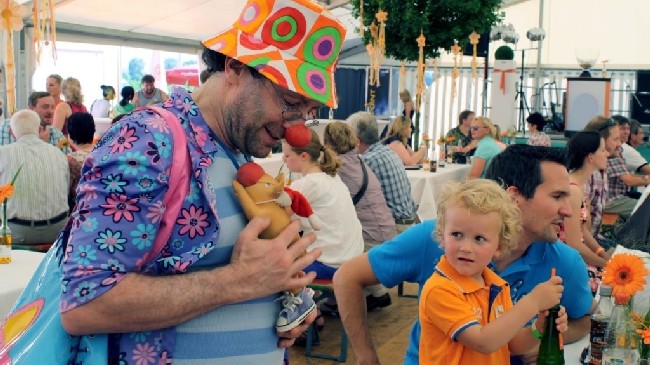 Walk-about is ideal for greeting guests. Also later between tables as people eat or wherever the audience or space is too small for a big show.

Tom does not usually present different characters but always a version of a clown. Unlike some walking-acts, he doesn’t shock or scare people with monsters or aliens as his emphasis is always on humor. While greeting guests he often acts like a clown-security guard checking out what the people bring in and posing the funny security questions so people are always in the mood for a party. He strolls between the tables and has many gags about the subject of food – dressed as a clown-cook where appropriate. Otherwise he is just the normal happy clown with his bags of props to improvise with every situation while strolling throughout an event location.

When combined with shows Tom usually doesn’t juggle and unicycle in his walk-around since this would be repetitive. If walk-about is done without shows then it is of course possible to include juggling and/or uncycling which is always an eye-catcher. Although walk-around is not as spectacular as a show, one can entertain just as many people, just in small groups or one at a time instead of 300 at once.

Especially for festivals in Germany, Austria and Switzerland, Tom has developed a new character. He plays the funny foreigner who wants to be the über Bavarian. With his silly costume including purple lederhosen and a large inflatable pretzel he makes fun of the stereotypes foreigners have of Germans and vice versa. This brings humor to the subject of foreigners and integration and finds common ground that everyone enjoys a bit of celebrating at a festival.

Especially if there are children on an event, Clown Tom can bring his cute rubber clown-piglet Fred who can break the ice with even the shy children and get them interacting and laughing. Tom has everything with him that a proud papa needs.

Walk-around with balloons and/or workshops

For many events like open-houses where there are a constant stream of people but never many at one time, Tom can also combine walk-around entertainment with balloon-twisting. Funny hats, flowers, different animals – whatever a person wishes, Tom will make it with a joke so that it is entertaining instead of just another object given out. No kids, no problem. Tom fits his entertainment to the appropriate level of every event.

Clown Tom Bolton offers workshops for juggling, ballon-twisting or performance. A workshop can be combined with walk-around entertainment and/or with shows. Tom started out as a juggler. He not only has a lot of technical skill but is an experienced teacher. Many who see his show love the juggling but assume they could never learn.  With his support most people can learn the basics of juggling with 3 balls in about 30 minutes.

For more about Tom’s workshops: Workshops. 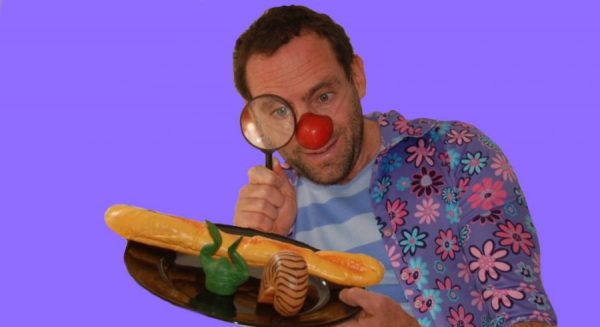 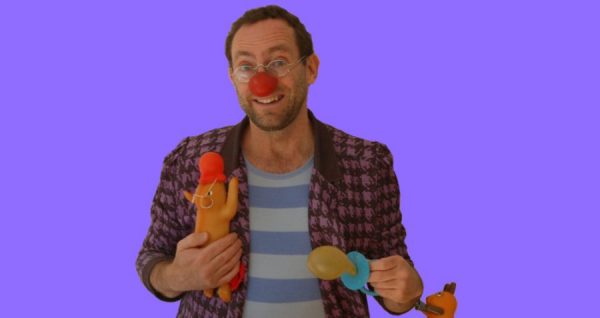 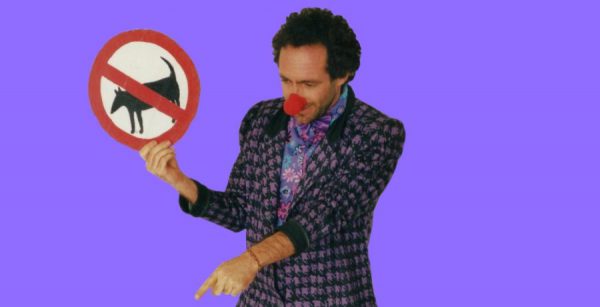 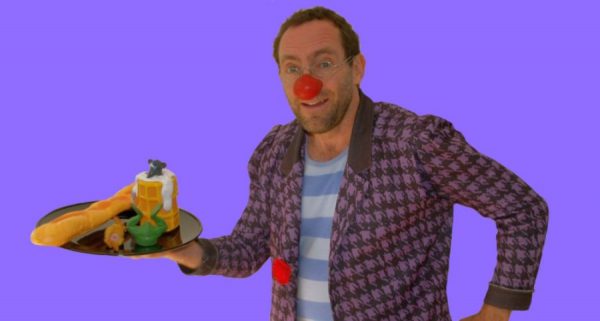 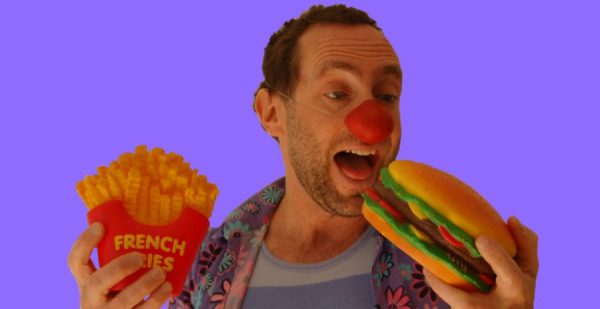 Below is a gallary of images from Tom at a festival doing his Bavarian character along with his piglet Fred both wearing ledershosesn. He has many gags with his big prezel and or giant beer mug with Fred or playing the clown-barber or clown-dentist. Clown Tom Bolton – the connoisseurs’ choice for walk-around entertainment. 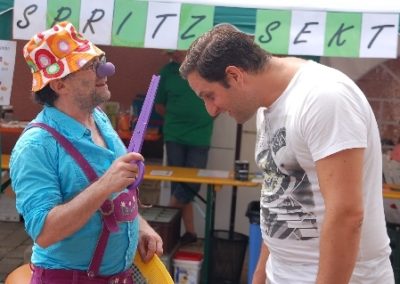 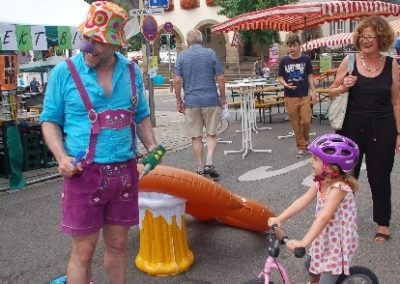 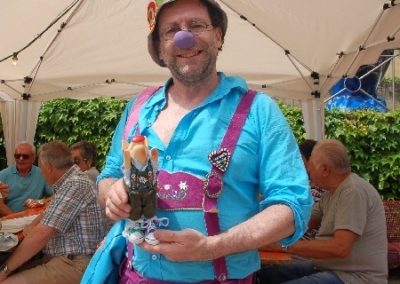 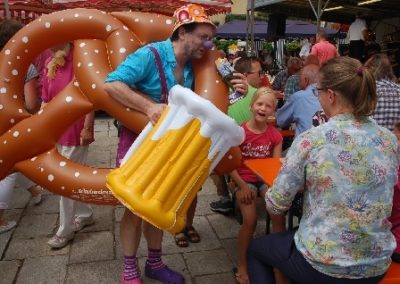 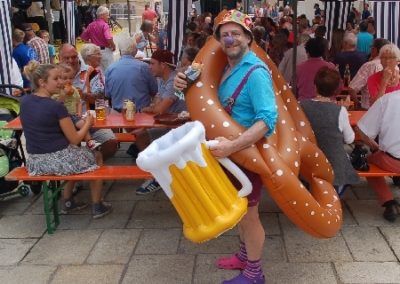